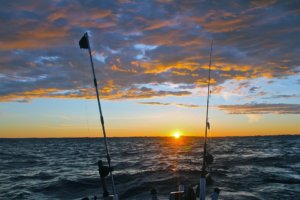 The city of Escanaba is a great place to move to. You will fall in love with its history and serene wilderness. Escanaba, Michigan is the third largest city in Michigan’s Upper Peninsula. It is just a short drive from some of the most beautiful natural landmarks in North America. Escanaba has a great mixture of pristine beauty and historic sites.

Living here won’t hurt your wallet though. The cost of living below the national average. With a median home price of $93,000, achieving the American Dream is more attainable here than in most parts of the country.

Northern Michigan is known for cold weather but Escanaba is in the banana belt of Michigan’s Upper Peninsula. This means that winters are warmer than in other parts of the UP. While some parts of the U.P. like Sault Ste Marie get over 120 inches of snow a year, Escanaba averages about 50 inches.

Things to Do in Escanaba, MI

Michigan’s Upper Peninsula has memorable sites that are worth visiting countless times. If you wish to move to Escanaba you will have access to them. Some of these cool places are located within Escanaba or are just a short drive away. Here are some great Escanaba attractions.

Most people associate Michigan’s Upper Peninsula with rural living and little access to shopping and restaurants. But Escanaba, Michigan has The Delta County Mall which is a regional shopping mall with over 187,000 square feet and 27 stores. For furniture, make sure you check out the Ashley HomeStore.

There are also some great restaurants worth visiting. Escanaba has several great places for steak, comfort food, and great American cuisine. There is even a winery called Leigh’s Garden Winery in the downtown.

Some of Our Favorite Shopping:

Some of the Best Restaurants in Escanaba:

Where is Escanaba, Michigan?

Escanaba, Michigan is situated on the southern coast of Michgan’s Upper Peninsula. It is on a Little Bay De Noc along the northern shores of Lake Michigan. The Escanaba zip codes are 49829 and 49894. The Mackinac bridge is a 2 hr and 35 minute drive west of the city. For reference, Escanaba is 66 miles south of Marquette.

If you wish to fly The Delta County Airport is in Escanaba. If you are planning a flight from an out of state city you can find non-stop flights from the Detroit Metro Airport. This services is offered by Delta Airlines.

Guindon Moving & Storage can help you move to Escanaba, Michigan.  We have serviced Michigan’s Upper Peninsula for over 80 years. Our company is still proudly family owned and operated to this day.  When you are ready to start planning your move, fill out or free moving estimate. Our team cannot wait to help you. 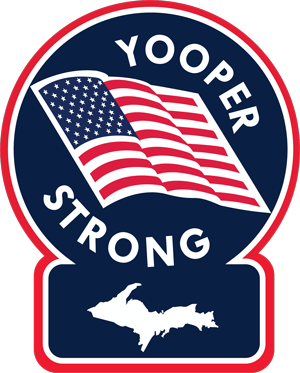 Where do I Get Packing Supplies?

There’s a lot of packing supplies needed to optimize your moving timeline, from belts to bubble wrap to dollies, moving blankets, moving boxes, totes, and more! Be sure to start getting these items together early on if you are packing yourself.

First, check to see if your friends and family have any supplies left over from a recent move. After this, check in with your movers. Typically, moving companies will sell all the packing supplies you could need at a great price.

Get a Free Estimate Today!